GoodFellas
The Malaka family, consisting of 3 brothers, decided on the name GoodFellas after having seen the 1990 Martin Scorsese film portraying mob life in America during 50’s and 60’s. The design of the identity draws inspiration from the masculine nature of the industry, in particular barbershops, as well as that of the film itself. Careful consideration was given referring to the mafia and related subject matter, ensuring a tasteful, lighthearted delivery. The result sees the referencing of ‘mob culture’ through the use of quirky copy and clever iconography, all brought to life in a dominant black & white colour pallet. 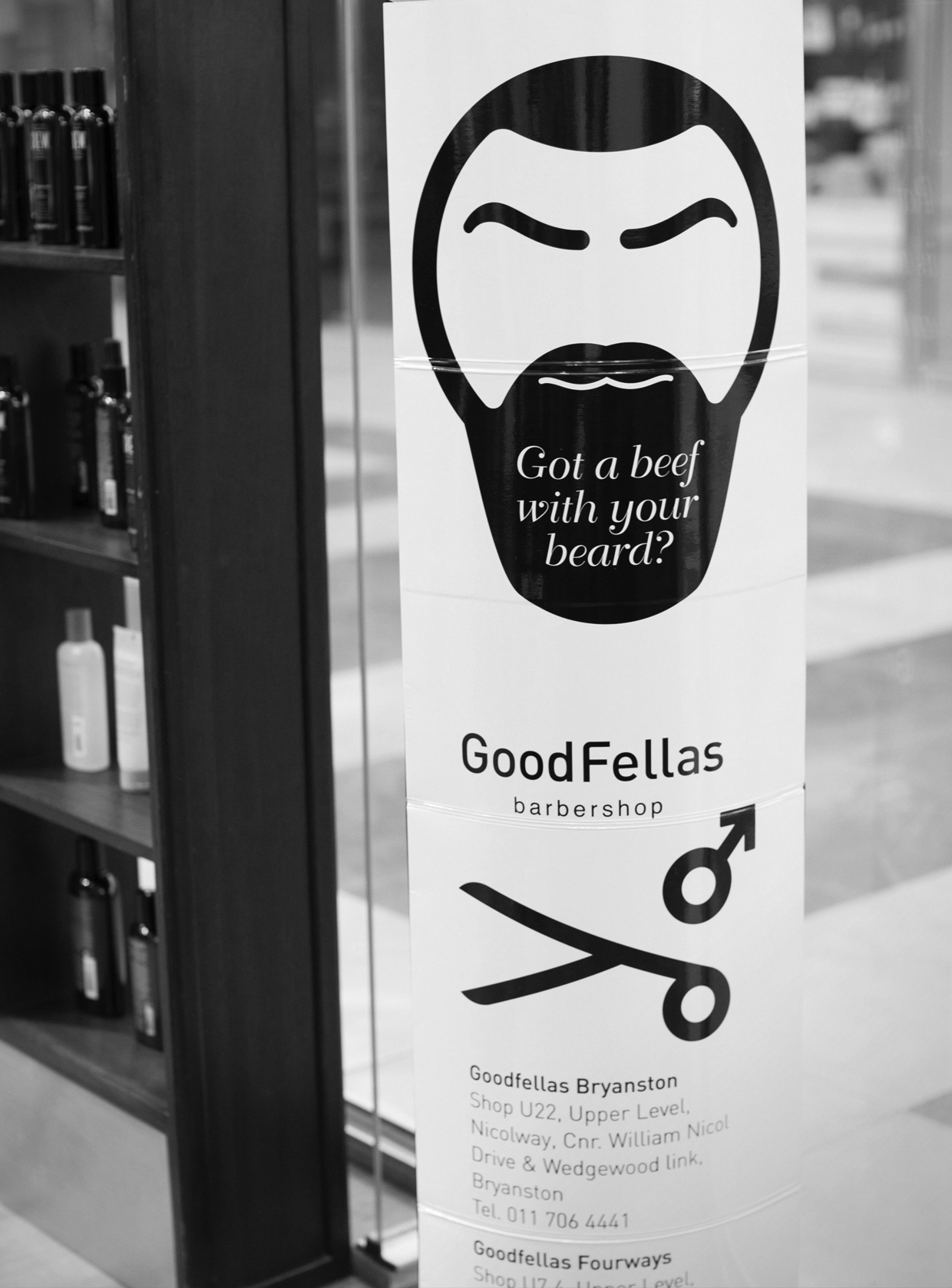 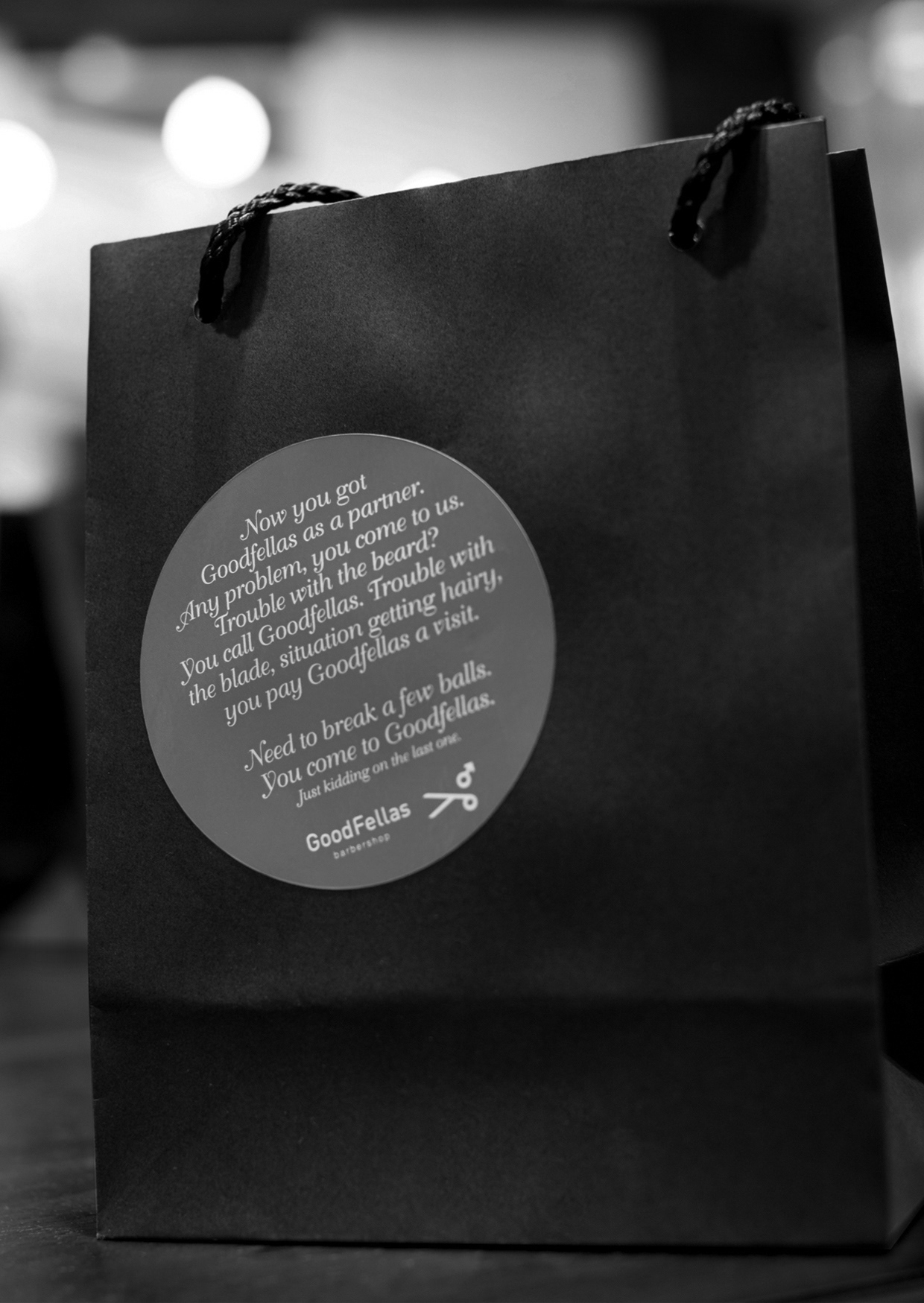 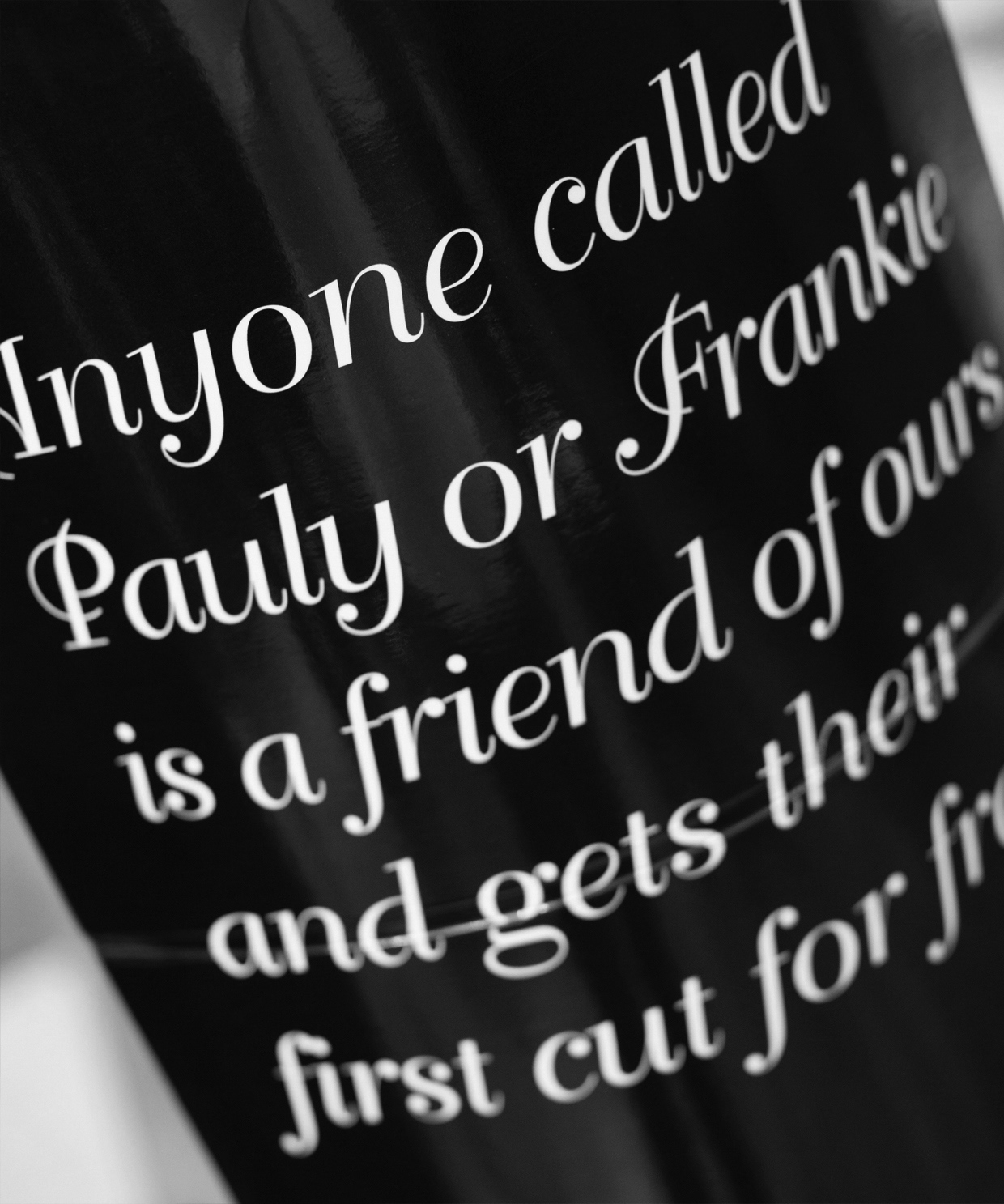 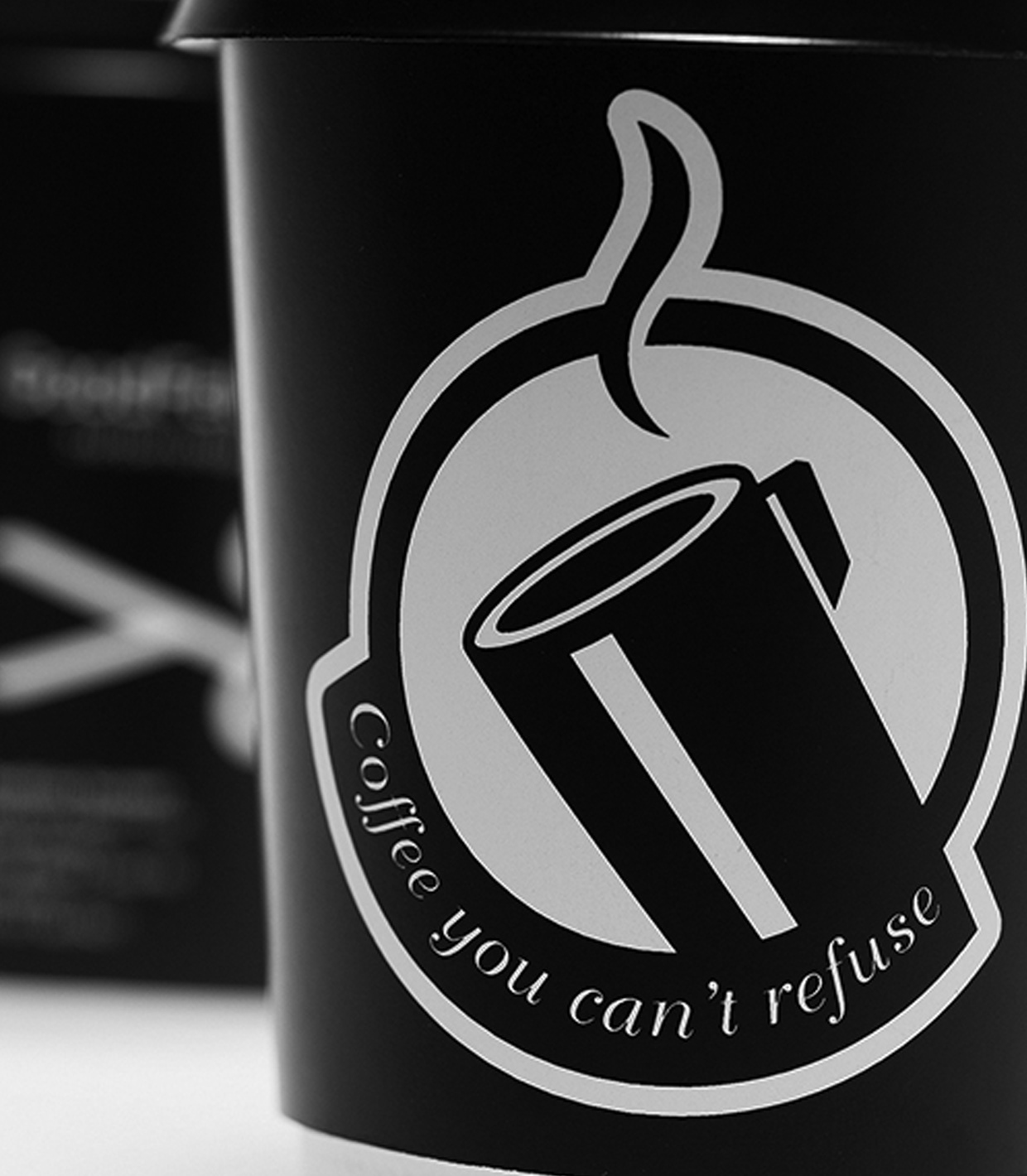